Redheaded Scat Slut shits all over

This redheaded Scat Slut has been working hard for the last week to make sure her shit for you today was completely perfect. She is a strict vegitarian and for the last week she has been eating all the meat that she can get to make her shit nice and firm and meaty for you! She squats down over your face and she pushes out the most perfect firm meaty turd just for you. She then uses her fresh warm shit to write the words Scat Slut all over her body!

This loser toilet slave is in for a mouthful as his three mistresses use him as their toilet slave. They have him completely naked on the floor so they can humiliate him for being such a loser. The take turns spitting on him and torturing his cock and balls before making him lay on his back. They then make him open his mouth and they all take turns shitting into his mouth and forcing him to eat every last bite.

Mistress shits on herself and steps on it 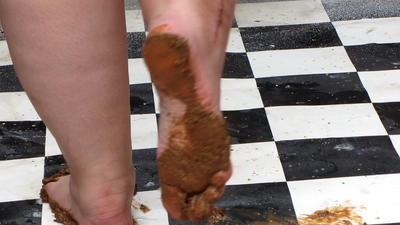 This mistress did not have money to pay her rent. So her landlord came for rent. When she said she did not have the money, they discussed other ways she could pay him. The guy had a fetish for shit from beautiful women. They discussed and she agreed to do it for him. They undressed and she shit into his mouth and he licked her pussy and her asshole as well.

Mistress gives husband a taste of what he wanted

My husband said he was bored of our sex life and was thinking of us adding some fun or using a sex surrogate. I was pretty mad at him for saying that and decided to do something crazy if that is what he wanted. I had him on the bed and shit on myself and smeared it all over my body. I then had him lick my pussy with all the shit and it transferred to him. It was crazy and naughty and he liked it.

This mistress goes to extreme lengths to seek attention. She had tried all she knew but her boyfriend knew her tricks and did not pay attention to him. So she decided to try something new. She decided to try shit fetish. She went and shit in the bathroom just before he went to shower. That was extreme and it got his attention immediately. To avoid a repeat of the same, he swore never to ignore her again.

Mistress eats her own shit

This mistress was heartbroken after she broke up with her boyfriend. She loved him to bits and she was devastated when they broke up. She was inconsolable and was about to go nuts. She did not even have appetite for food. She instead ate shit. She wanted to torture herself and ate the shit as a way of punishing herself and in the process, she developed a fetish for shit. 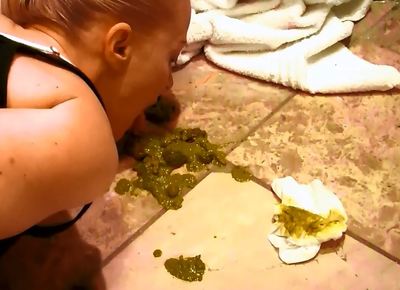 Mistress Sabina gets back at loser

Mistress Sabina had a score to settle with this loser and she would be damned if she did not make it one he will remember for the rest of his miserable life. She cornered him and wrapped him in a plastic film and rendered him helpless. He could not fight back or try to resist. She then took the opportunity to shit on him and make him eat her shit.

Mistress trains slave to be her human toilet

This mistress lives in a house with plumbing issues and she does not have the money to fix it. She trained her slave to be her human toilet so that when the plumbing issues persisted, she could make him her toilet and he will know what to do. For this training, the mistress shit into the poor slave's mouth and even made the slave eat the shit and swallow it. 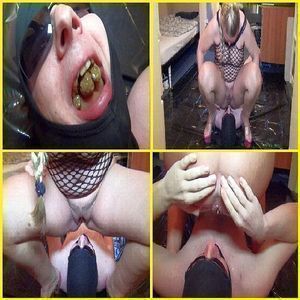