Mistress Annabelle wanted to degrade her husband cruelly. She did not want to use pain. She wanted to degrade him because she knew that would stay with him forever. She cruelly facesat on him and she forced him to eat her shit. When he was done, she pissed on him and he had to drink her pee as well. She told him she would not tolerate any nonsense from him.

Lady M did not like how her slave was behaving and to communicate her displeasure, she had to do something he would never think she could do. She used her shit to punish him. She had him eat it from the plate in which she had pooped. She made sure he watched as he took a dump and then humiliated him by filming him eating the shit. He never pissed her off again. 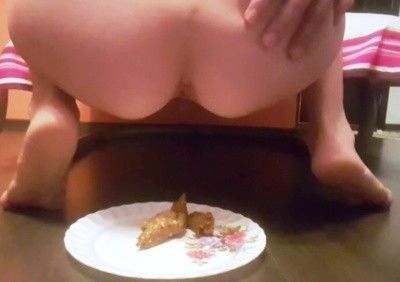 Mistress Gaia wanted to fuck this guy. He had it all going for him. He was hot, he was loaded, he had a good car, he smelled nice but when she realized he had a small dick and that he was rude to her, she could not take it. She had to punish him. She did this by shitting on him and then chasing him away. She taught him a lesson he will never forget.

Mistress Calucci was hired to extract a secret from this guy. That was her sole purpose and she did not care about anything else. She tried to talk to the guy but he acted tough. She laughed at him and undressed him. She took him to the bathroom and she whipped him but he endured the pain and did not talk. He only spilled the beans when she shit on him and made him eat the shit.

Mistress Annalise does not tolerate any nonsense. Her boyfriend pissed her off and she had to punish him. She had noticed he took a lot for granted and that did not sit well with her. She had to ensure he learned his lesson and that he learned it the hard way. So she made him eat her shit and swallow it. That would stay with him forever and he would not repeat his mistake.

Mistress Toomine found out about shit fetish and she was over the moon. She loved it instantly as she had always had a thing for shit although in secret. Today she wanted to do it openly. So she taped herself shitting and then went out and got a slave and she made him watch her shit. She then ordered him to lick her shit but not eat it. The slave had no option but to do it.

Mistress and her secret to amazing skin

This mistress has amazing skin. People always ask her for her secret but she just laughs and lies to them that it is natural and that she does not do anything to her skin. But her secret is simple and it is non expensive. She uses her shit. She likes to smear herself with her shit and she lets it dry before she washes it off. It makes her skin look and feel amazing.