Mistress Candy wanted to make her boyfriend mad. He had pissed her off and she wanted to do the same. She knew he hated the sight as well as the smell of shit so she went ahead and used it to make him mad. She tied him to the bed after lying to him she wanted to fuck him but then ended up shitting on him and making him watch her shit. 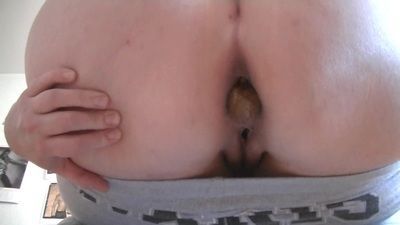