All articles tagged with "Human Toilet"

Mistress makes slave clean up after her

This mistress wanted to punish her slave using shit fetish. But unlike other mistresses, she did not want to make him eat it. She wanted to try something else. So she sat down and thought about it and when she had found a solution, she carried it out. She went and shit on her toilet seat and then she made her slave clean up the shit on top of the toilet seat. 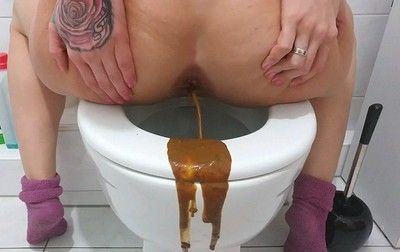 Mistress Adelina was bored at home and she wanted to try something new and something naughty. Her slave knew he was the target so he suggested facesitting fetish. He had a thing for her ass and wanted to lick and smell it as well as her pussy and then turn her on and fuck her. But the mistress could see through him and even though she accepted, she had a trick up her sleeve. As she facesat on him, she shit on him.

Princess Ray did not want her slave to learn bad manners from other slaves. She wanted him to remain an upright slave so she punished him when she noticed he had began having bad manners. She told him that was the most lenient punishment she would ever give him. She made him eat her shit and swallow it and called it the most lenient. He was so afraid that he never did it again.

Mistress Gaia knows how to punish slaves and losers. She does it through her ass and most of the time she catches them off guard and they are thoroughly degraded and humiliated. Today she managed to make this guy eat her ass and since he had never done it before or even imagined it was possible to do it, the punishment was effective as it was cruel and degrading to him.

Mistress Annabelle caught her slave peeping through the keyhole watching her as she took a shower. She did not like that sort of behavior and she had to teach him a lesson. She did it cruelly and turned the slave into her human toilet. She made him eat her shit and drink her pee and she knew he had learned his lesson. He never did it again out of fear. 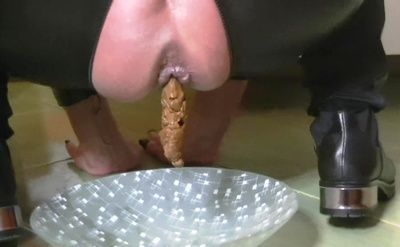 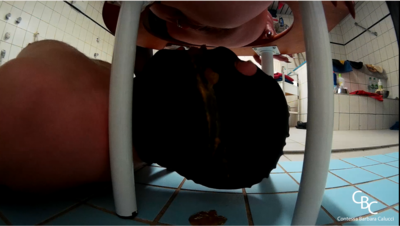