Goddess Andrea was broke and she had to feed her slave. She only had money to feed herself so she tried a new diet. She would eat and then when she felt like shitting, she would collect the shit on a tray and feed it to her slave. She also gave him pee to drink. She tried it a few times to see if he could survive on her shit. 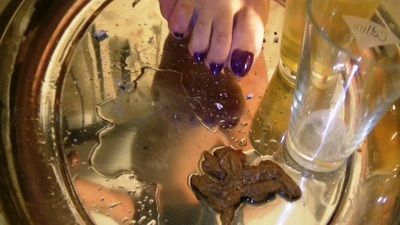